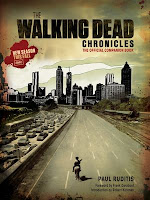 
This guide to Season 1 will appeal primarily to die-hard Walking Dead fans, and there are lots of them out there. It answers just about any question you may have had about both the print series and the TV show.

Chapter 1: World-Building in Comics: The Creation of The Walking Dead
This section describes Robert Kirkman’s long journey from the very first concept of a zombie comic (then called Dead Planet) to his final launch of the first issue of The Walking Dead four years later, in October 2003. Included are various images from issue no. 1, including Kirkman’s handwritten plot outline, his original proposal, and examples of artwork. Also included are synopses of the first six issues along with artwork for each. Particularly interesting is a discussion of the change in artists after issue 6, with an explanation of reasons for the change along with an analysis and examples of the two artists’ drawing techniques.

Chapter 2: From Page to Screen: Developing The Walking Dead for Television
This chapter presents a detailed look at the challenges involved in transforming characters from the graphic novel to flesh and blood people in an ongoing television production. A detailed description of the collaboration between Kirkman and Frank Darabont provides interesting details about some of the story changes that occurred. An interesting case study is the analysis of the scene in Episode 1 in which Rick goes back to the park and humanely kills the Bicycle Girl zombie. This analysis is accompanied by photographs and drawings, of the human-to-zombie transformation of the actress who played the role of Bicycle Girl.

Chapter 3: Breathing Life into the Dead 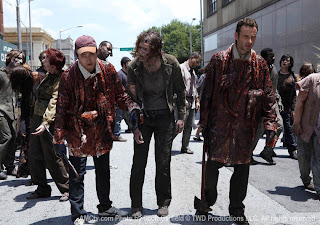 Here, we learn exactly how the zombies are constructed. The photographic sequences are terrific, with illustrations showing exactly how normal-looking people morph into zombies. Especially fascinating is a section that takes a close and gory look at Episode 2—the infamous “Guts” episode in Atlanta. A section called “Zombie School” explains how the background extras learned how to move in an undead manner.

Chapter 4: Populating the World of The Walking Dead 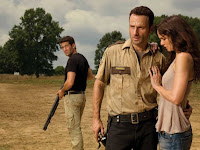 The lead actors are a major reason for the success of the TV series, and this chapter takes a look at the casting process. Additionally, we get information about their costumes and make-up and how closely their physical appearances match their counterparts in the graphic novels. Particularly interesting is a discussion about Shane, who died rather early in the graphic novel series but was alive and raging much longer in the TV series. (RIP, Shane!) There is also an extensive analysis of the Rick-Lori-Shane triangle. Also included is an character analysis of Episode 3.

Chapter 5: Adapting the Visual Style of The Walking Dead
This chapter discusses the visual tone of the TV series, with analyses of the photography, music, and scenery. An in-depth analysis of Episode 4 takes a look at visual style, including a close look at the camp attack scene.

Chapter 6: Land of the Dead
This chapter is all about the scenes in Atlanta, with extensive use of storyboards, drawings from the graphic novels, and scenes from the TV show. Included is an analysis of Episode 5—“Wildfire”—the scene in which Andrea sits vigil over her sister Amy’s body while the others burn the Walker remains and bury their friends. 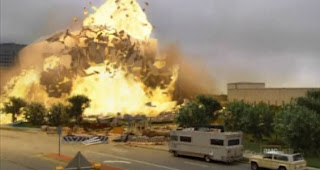 Visual effects in the TV series are often so subtle that you’d never know they were there. For example, the debris outside Rick’s hospital and the iconic highway shot were both created through digital effects in postproduction. This chapter also includes an analysis of the scenes in the CDC center in Atlanta at the end of Season 1, including the big-bang climax. Also included is an analysis of Episode 6, the one with the hospital flashback scene and the CDC scenes with Jenner.

Chapter 8: Bring Out Your Dead: Marketing the Series
The primary marketing image used the iconic shot of Rick riding a horse down the Interstate into Atlanta, a scene taken directly from the graphic novel. Both versions are shown in this chapter, along with an explanation of how that show was composed and why it is so effective. Also included is an analysis of the gristly farmhouse scene that Rick stumbles upon on his way to Atlanta.

If you are a truly dedicated fan of the series, this is a must-have companion book. For others, a library copy will suffice for a single read. In either case, the book contains intriguing minutia and wonderful images that will deepen the appreciation of both the print and TV versions of the series. Click HERE to go the the WD web site to take the Apocalypse Personality Test, check out some trivia, play the WD Social Game or the Dead Reckoning game, and/or sign up for "Dead Alert," the WD newsletter.
Posted by Patricia Mathews at 11:00 PM 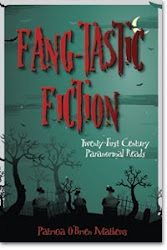